KARRIN ALLYSON
Karrin Allyson has been a major jazz singer at least since her first Concord recording nearly 30 years ago. After all of this time, she is still at the peak of her powers. At Feinstein’s at Vitello’s, with the backing of pianist Miro Sprague, bassist Dave Robaire, and drummer Dan Schnelle, she performed a wide-ranging show that consisted of some of her favorite songs.

She began the night by singing “Autumn Leaves” as a ballad in French before cooking in English. Karrin Allyson found fresh things to say on “Blackbird” (with started with the famous “All Blues” riff),  two Mose Allison songs (“Stop The World” and “Ask Me Nice”), Bonnie Raitt’s “Valley Of Pain,” Sippie Wallace’s “Women Be Wise,” and “Surrey With The Fringe On Top” (a witty version with many key changes). Switching to piano, she sang a song apiece from South Pacific, The King And I, and My Fair Lady. Joe LaBarbera sat in on drums for “My Little Boat,” and the singer concluded with the always fun quacking song “Little Duck.”
Word to the wise: Always see Karrin Allyson when she comes to town. She is a delight. 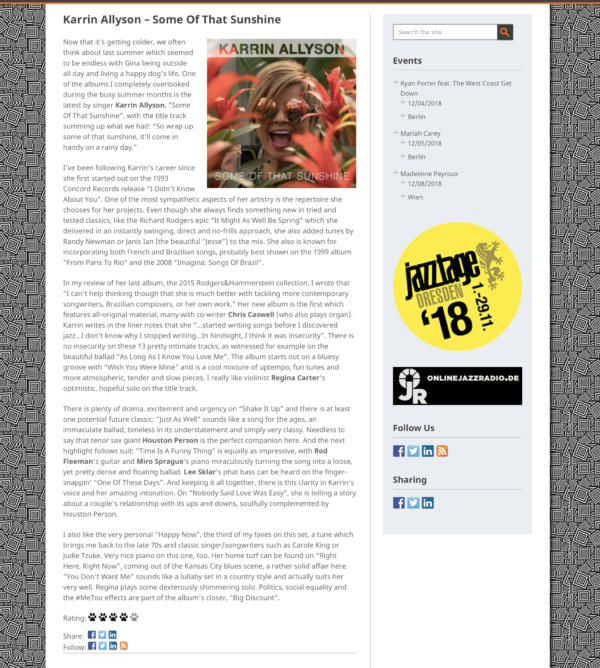